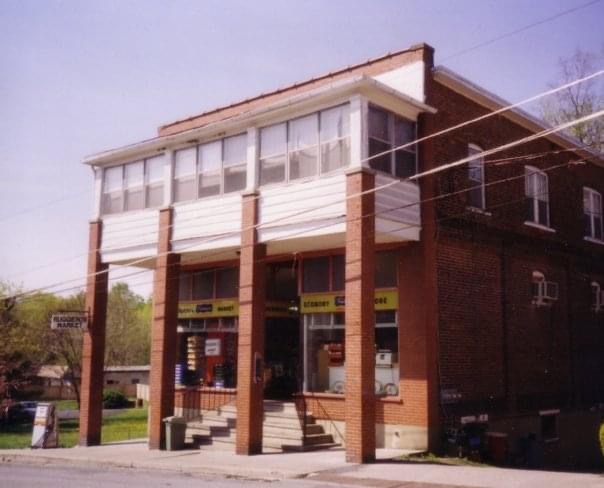 Ruggiero's Market was founded in 1919 by Italian immigrants Fausto and Mary Goffredo Ruggiero (known by family and friends as Mamasche). Originally started in the front room of their home as a way to earn extra income, they began offering customers dried goods, animal feed and clothing. At the onset, Fausto continued to work on the railroads (as most immigrants did at the time) and Mary tended to the store as she raised their children. Because of Mary's kind honest approach to customers, Ruggiero's Market flourished. In 1925 a new building was erected next to their home. This is still the present day site. Fausto quit working on the railroads to work in the store full time. He mirrored his wife's approach to treat the customers with kindness and honesty.

In 1960 Fausto and Mary's youngest son, Joseph, took ownership of Ruggiero's Market. At this time Joe introduced fresh cuts of meat. Joe continued with the same work ethic instilled upon him by his parents. With his honest and hard working approach, Joe quickly gained the trust of his customers.

In 2003 Joe's youngest son, David, became the third generation owner of Ruggiero's Market. David continued the legacy laid out by his parents and grandparents. By offering online service, David has allowed Ruggiero's Market to flourish by offering the rest of the country hard to find and unique products. David's great pride and dedication to Ruggiero's Market is what will help it continue for generations to come.